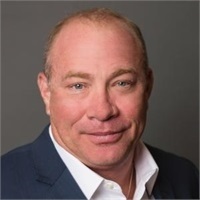 Jon grew up in Texas and attended Southwestern University in Georgetown, Texas where he graduated with a degree in Business Administration. After graduating, he moved to Houston, Texas and began his career in the financial services industry with Olde Discount Stockbrokers. Jon quickly grew his personal practice and became a producing manager in San Antonio, Texas in the mid 90's. After successfully growing the San Antonio market, Jon was promoted to Complex Director and then Regional Director for the state of Texas.

Jon currently holds the FINRA Series 7, 8 (9&10), 24, 63, and 65 licenses. He is also licensed in Accident and Health, Life insurance and Variable Annuities through the state of Texas.

Jon and his wife Toni live in Austin with their two children; Madeline and Jonathan. When not working Jon enjoys spending his time fishing, hunting, and going on tropical vacations.